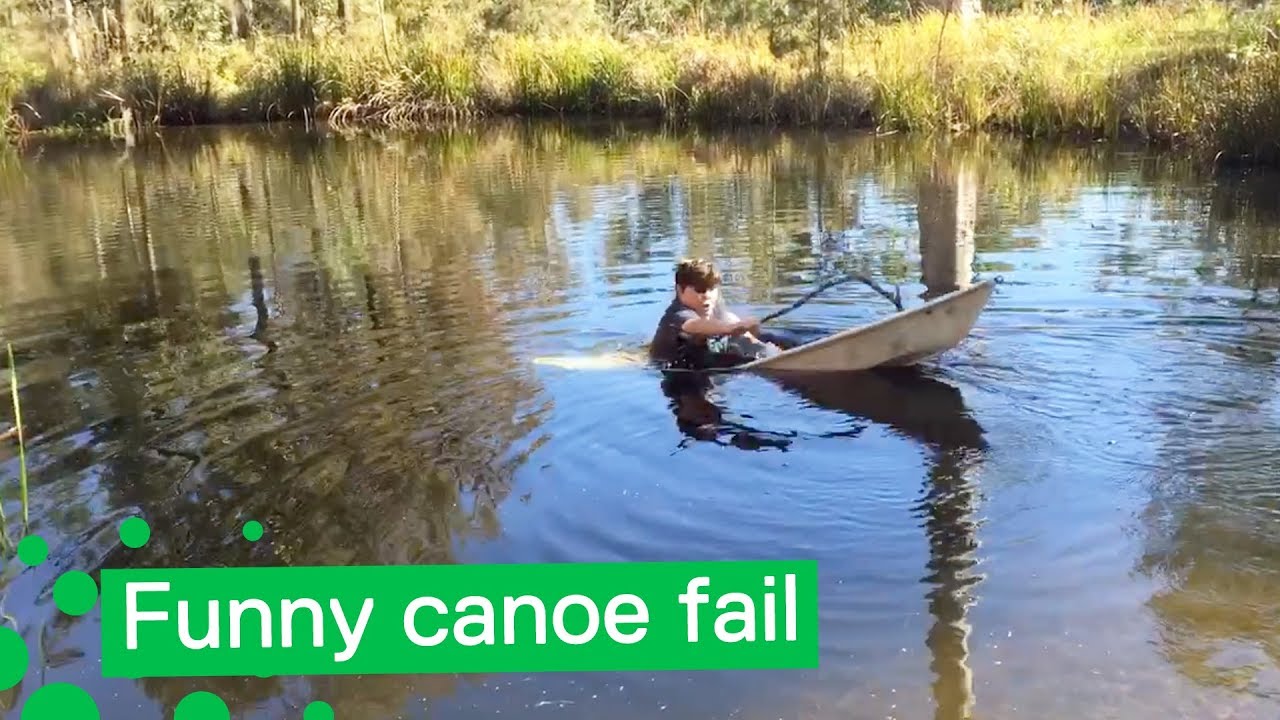 Boy falls out of canoe into water

A boy falls into the water in a hilarious canoe fail filmed in Australia. All aboard the fail boat! The footage, captured near Kempsey, shows the child falling backward into the water, sending his family into fits of laughter. Fortunately, the boy manages to swim back to the riverbank, soaked but otherwise unharmed. “We were visiting family near Kempsey NSW for the weekend, Jake took on a dare to have a … go in a canoe,” the filmer wrote online. “When he realized he was going to sink he started to come back in but his little brother pushed him back out. “When we played back the video we couldn’t figure out what was funnier: the sinking kid in the canoe or the laughing parents in the background.”