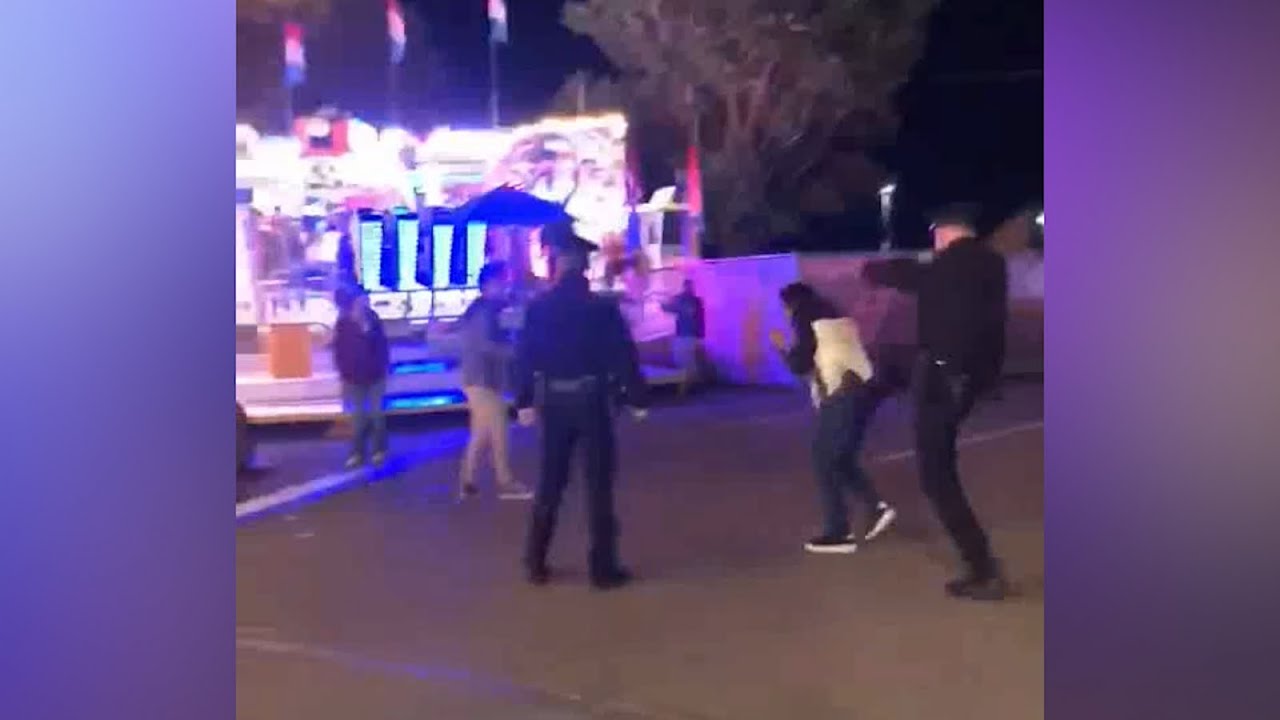 Policeman kicks a teen in the back

Add comment Watch LaterRemove Cinema Mode
FacebookTwitterRedditPinterestEmailWhatsAppvKontakteLinkedInStumbleUpon
https://www.youtube.com/watch?v=v0ZZcG9SJsE
A Washington state police department has launched an investigation after a viral video appeared to show a police officer kicking a teenage boy to the ground after he had been sprayed with pepper spray while breaking up a fight at the Central Washington State Fair.