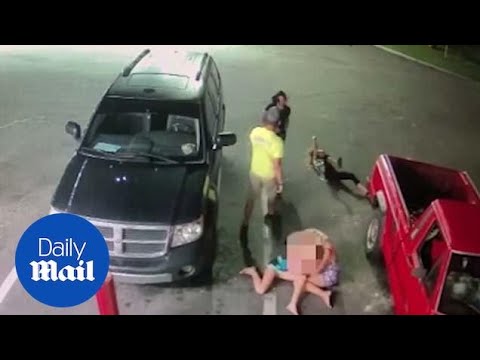 Two people have been arrested and charged in connection with a violent assault on four people – including a child – at a gas station in Florida. Julia Napiontek and Brandon Clanton, were both charged in connection with the Saturday night attack. Investigators were able to recognise them from CCTV footage recorded at the gas station. The victims said they did not Know the two attackers or what prompted the bizarre attack. An 11-year-old child was pulled out of a pick-up truck and hit in the face before she fell to the ground.

McDonald’s employee get engaged at work

Rolling Ray shows how he flies

ATM spits out too much money

Any cookies that may not be particularly necessary for the website to function and is used specifically to collect user personal data via analytics, ads, other embedded contents are termed as non-necessary cookies. It is mandatory to procure user consent prior to running these cookies on your website.