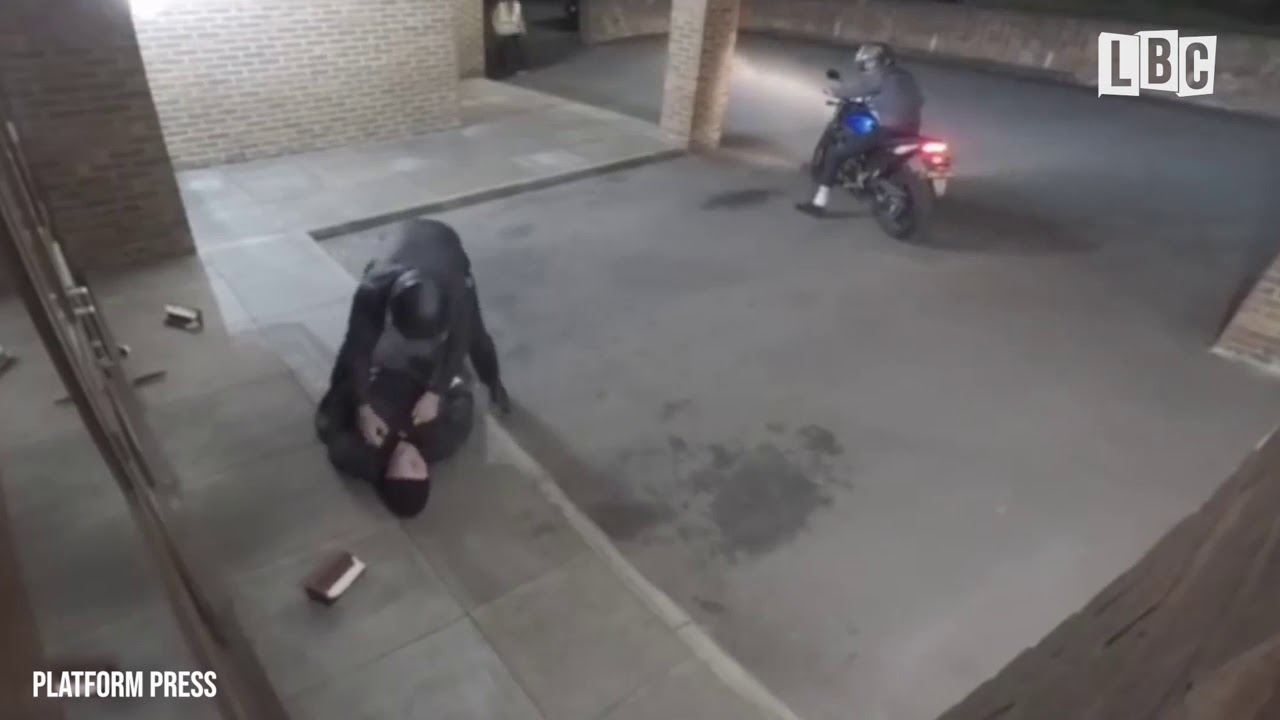 Robber knocks his accomplice out cold

Add comment Watch LaterRemove Cinema Mode
Something To Laugh At

London Burglar Accidentally Knocks Out Accomplice During Failed Break-In. CCTV footages captures the hilarious moment a hapless burglar knocks out his own partner with a brick. The clip starts with three men riding up to a commercial premises in London on a motorbike just before midnight on 8th August. While one man stays on the bike, the other two jump off and prepare to break in. One man approaches the window and starts hitting it with a brick on. But his accomplice throws his own brick at the window and rather than smashing the glass, it simply bounces off and hits his partner in the face, knocking him unconscious. While the thug tries to revive his friend, a security guard appears and tries to collar the burglar but he manages to jump back onto the bike before fleeing. The security guard checks on the fallen man’s condition and rolls him into the recovery position.